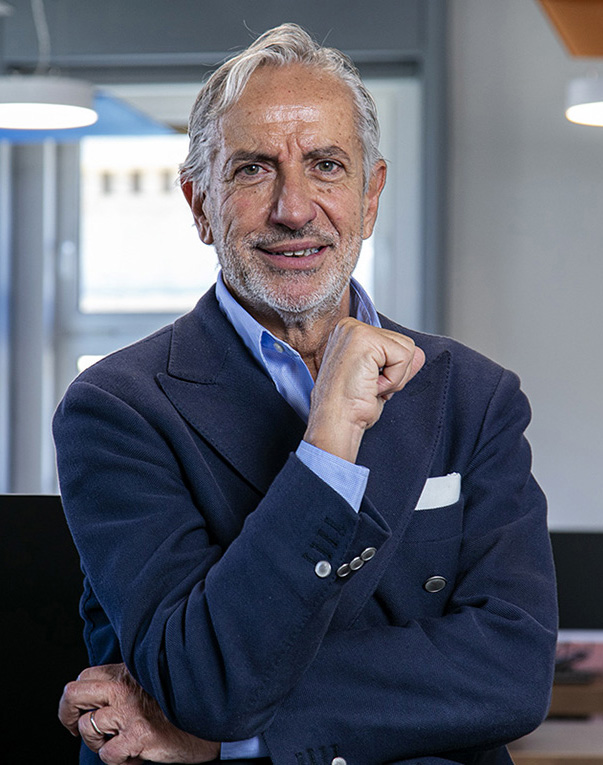 About
Paolo Fiorention
Born in Naples in 1956, he graduated with full marks in economics and commerce and in 1981 began his professional career at Credito Italiano.

General Manager of Bank Pekao from 2000 to 2003. In 2003 he was appointed head of the Unicredit European Center business.

From June 2017 to September 2018,
he was at the helm of Banca Carige
in the role of Chief Executive Officer and in December 2018 he was appointed CEO of Banca Progetto, with the
aim of accelerating the digital transformation of the bank’s business, specialized in services for small and medium-sized Italian companies and private customers.

Firm Profile
Banca Progetto SpA, born in 2015 from the reorganization of Banca Popolare Lecchese by the Californian fund Oaktree and led by the CEO Paolo Fiorentino, operates in the household and business credit market also through the digital channel.

With offices in Milan and Rome and a commercial network present throughout the national territory, Banca Progetto specializes in services for small and medium-sized Italian companies and for private customers, in particular in Cessione del Quinto products for private employees, employees state, public, para-public and pensioners and in medium-long term loans to SMEs.

Centrality and respect for the person
The Bank believes that the centrality and respect for the individual represent the primary values for the creation of corporate and social value. For this reason, it promotes the protection, integrity and dignity of its employees, collaborators and the people with whom it works, safeguarding the principle of equality and non-discrimination and committing itself to maintaining a work environment conducive to personal development and professional.

Integrity, fairness and transparency
The Bank’s operations are based on the principles of integrity, correctness and transparency, recognizing the right of stakeholders to know the relevant information and the results achieved by the Bank, in order to allow them to take free and informed decisions and behaviors.

Customer orientation and innovation
With the aim of managing business risk in an
increasingly effective and prudent manner, the Bank guarantees a constant commitment to the development and innovation of the products and services offered, as well as the continuous improvement of the quality of the same, to protect credibility, reputation and consensus time.

Sustainability and equity
In providing its services, the Bank sets itself sustainable long-term objectives, intending to contribute to fair and sustainable social development, to protect the general interest rather than individuals. In pursuing these objectives, it orients its behavior according to impartiality and fairness, making decisions with objective and independent evaluation criteria.

Professionalism, excellence and efficiency
The Bank favors the development and professionalism of its resources with the aim of always guaranteeing excellence in the performance of each service, the efficiency of processes and a lasting and sustainable creation of value for all stakeholders.